The public debut of two unicorns from the region (Sea and Razer) were watershed events which proved the promise of the region. Southeast Asia’s economic growth (5.2% GDP growth in 2018) is driving a rising middle income group. With a population of 655 million, the region is large enough and at the right stage for unicorns of the future to emerge.

More VC funding in the region

We saw an increase in venture capital (VC) funding (total VC funding crossed US$11 billion in 2018), not only from traditional sources like local VC funds, but also driven by alternative sources like Corporate Venture Capital funds (CVCs). This includes tech unicorns like Go-jek (Go-ventures) and Grab (Grab Ventures) setting up CVCs as a way to pursue quick, inorganic growth, and acquire new technologies. We are also seeing an influx of funds from foreign players, including foreign corporates like Tencent and later stage VC and PE funds.

Foreign challengers looking into the region

Faced with an increasingly saturated market and slowing growth domestically, foreign companies with sizeable warchests are increasingly making an intentional decision to expand into the region either directly or by partnering strategic partners. Ping An Good Doctor (listed in Hong Kong) formed a JV with Grab to deliver healthcare services to the region. Lalamove, founded in Hong Kong, is ramping up its Southeast Asia expansion plan after having raised a US$300 million Series D funding.

We are increasingly seeing smart money chasing top deals where mega rounds are getting larger. ‘A’ level startup with allstar founders are raising huge early stage fundraising rounds while growth stage market leaders are loading up on capital to entrench winning positions. While ‘B’ level startups attract funding from VCs which missed out on the ‘A’ level startups, the remaining startups find it hard to raise their next funding.

A: We see several notable VC deals which could pave the way for the second wave of unicorns to emerge from the region. The previous wave of startups came from horizontal platform players like Gojek and Grab while the next wave of unicorns will be specialized vertical players which will become leaders dominating their own specific verticals.

Q: What are the key themes that emerged in 2018 in the VC scene in Singapore?

Returnees from more mature ecosystems like Silicon Valley and China are returning to cross-pollinate their ideas and experiences from abroad into the local tech ecosystems. 2nd time founders and senior executives of tech companies are returning to start their own companies or do angel investments and mentor the next batch of startup entrepreneurs.

Working in a fast growing startup or starting up is increasingly becoming an acceptable career path among parents and university graduates, and this means a critical mass of entrepreneurs starting new companies to tap into the region’s growing VC funding.

Faced with slowing growth in their domestic markets, they seek to catch the wave of growth and capture higher returns from a fast growing region which is at the tip of the iceberg. The first wave of Chinese interest came from Tencent and Alibaba investment in companies like Gojek and Lazada. This will continue as Chinese corporates look to extend growth globally. We also have the first of growth funds from China setting up local presence so as not to miss the coming wave of opportunities. Corporates from Korea and Japan will also continue to eye the region closely.

We have entered into a fundraising frenzy where startups raise continuous funding rounds fuelled by endless growth potential and large TAMs. This is the case for certain verticals such as ride-hailing, e-scooter, bike-sharing and eCommerce where many of these startups are being valued on metrics such as Gross Merchandise Value (GMV) and customer growth. Eventually, investors would need to realize their returns to raise their next funds and founders will start facing pressure to translate growth into sustainable financial performance.

Q: Are there any particular startups to watch out for in 2019?

They are an end-to-end cross border logistics provider for eCommerce marketplaces and online merchants, and have quickly expanded to cover seven countries within their first year of launch. They simplify the complex logistics supply chain by aggregating multiple logistic players and facilitating local custom clearance. With Southeast Asia becoming a rising destination for Chinese goods and a focus region for Alibaba and other Chinese players, Janio is poised for major growth in 2019.

They are a CES Asia Innovation Awards 2017 & 2018 Honoree with the globally acclaimed Igloohome smart-lock. In 2018, Igloohome broke new ground by releasing their latest product: the innovative smart padlock. This will be a gamechanger for the company in 2019 as the new product transforms Igloohome into a smart accessibility platform. Igloohome will lead Singapore’s smart city transformation as it allows customers like telcos and utility companies to remotely manage their key infrastructure while maintaining bank grade security.

Q: What sectors dominated the deals?

A: We see that logistics and fintech have become increasingly hot due to the strategic importance they play in solving problems for horizontal eCommerce giants like Tokopedia and facilitating the growth of the digital economy in the region. In logistics, we see more and more players using tech to aggregate the whole supply chain or tackle one part of it (e.g. warehousing, trucking, last-mile, etc). Hot themes in fintech include e-money or digital bank services, micro-merchant loans and payday loans or credit services for consumers.

Startups executing online-to-offline (O2O) models are gaining serious traction in the region. Although smartphone penetration has proliferated, trust is still a major factor for consumers across the region. This requires an offline presence to deliver high-touch consumer services on the ground. Offline is also where majority of the underserved customers exist in 3rd and 4th tier cities. The major battles in Southeast Asia will be won offline and we see O2O models, such as startups leveraging local mom-and-pop stores, gaining serious VC interest.

Q: What are the challenges in SG’s VC landscape for you as a VC firm?

A: Singapore remains the headquarters of many VC funds in the region due to its friendly regulatory regime and international reputation, but regional operational presence is still key. A successful VC in Singapore is one which has “boots-on-the-ground” in each local market. It is essential for VC firms to build capabilities which allow it to mobilize local networks and resources to help regional startups tackle obstacles in their home market.

Tech prowess, engineering talent and executive hires are top issues faced by local startups in the region and the challenge is to help your portfolio startups to plug these gaps and grow faster. At Insignia, we have been very intentional towards the way we tackle these problems from day one. Not only are we tech enabled as a VC, we have also built a local engineering team which is a core part of our value-add to founders. For example, our engineering team worked alongside Payfazz, a portfolio company, for two weeks to deploy a new know your customer (KYC) verification system.

Q: What is your outlook for 2019 in terms venture capital funding in Singapore?

Growth funds will increase their fund allocations towards investments in the region while global VC funds are also eyeing earlier stage companies by partnering active local VCs here. To this end, we will continue to see an influx of funding towards some larger Series A funding, as well as Series B and beyond. This will help to close up the Series B / C gap which had been plaguing the region. This will create a new batch of US$100m valuation companies and hence market leaders in key verticals like fintech and logistics. This is a positive direction for the ecosystem here.

Majority of the funding will go towards market leaders

Southeast Asia’s nine unicorns raised US$16 billion out of total US$24 billion funding from 2015 to first-half 2018. This trend will likely continue and extend towards companies in the US$100m club. These companies raise on the back of potential growth in the region and entrench their leading positions through market or product segment expansion.

Keep an eye for capital winter

Nevertheless, there remains key events both globally and in the region which investors would be keeping a close watch on. This includes issues such as the US-China trade war and China’s economy slowdown. 2019 will also be the year where major elections will take place across key markets in the region, and we have seen how unpredictable and decisive such events can be towards the outlook on the country.

A capital winter could quickly descend once macro-economic indicators go down south and the capital markets take a hit. When that happens, companies which had been raising on vanity metrics could see funding dry up very quickly, as was the case with bike sharing companies in China. Companies will be judged by their fundamentals and exceptional startups with solid metrics will continue to do well in their fundraising. Fundraising for the startup industry as a whole would get harder.

Q: There has been a notable rise in family offices as an alternative source for startup funding, what can you share about this?

Family offices of established conglomerates / corporates are undergoing major changes on two fronts. Firstly, tech-enabled startups are disrupting incumbent players across many industries on multiple fronts. Secondly, these family-owned conglomerates are undergoing succession planning where the next generation are taking over the reins of the business. Being more tech savvy and familiar with tech trends, they have new ideas on charting the future growth of the business. Hence, they are showing keener interest in startups and to be more directly involved in early stage deals.

Family offices typically got exposure by investing in fund managers or directly investing at later stages. However. We are seeing family offices enter at earlier stages (Series A and onwards) due to the disproportionate returns at this stage and so as not to miss the next wave of unicorns.

This article was developed with the assistance of Allen Chng. 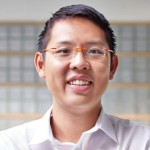