Where are Southeast Asia’s next Gojeks, Grabs, and Tokopedias coming from? We try to answer this billion-dollar question with help from an unlikely tale: Jack and the Beanstalk

Where are Southeast Asia’s next Gojeks, Grabs, and Tokopedias coming from? We try to answer this billion-dollar question with help from an unlikely tale: Jack and the Beanstalk

With a generation of Southeast Asia’s tech unicorns (Gojek, Tokopedia, Grab, Traveloka) approaching the exit horizon, a question we have been getting more often as we settle into 2021 has been, “where will Southeast Asia’s next unicorns come from?” or “what kind of companies will be unicorns in the next decade?”

The progress the 2010s generation of unicorns has made in growing Southeast Asia’s internet population and developing digital-first behavior in the region now leads to emergence of a new class of companies I’m going to call the “beanstalk” unicorns, taken from the classic tale of Jack and the Beanstalk, where a farmboy Jack sells his family’s only cow for seemingly measly beans that end up growing into a gigantic beanstalk that leads him to riches (sounds like Jack unsuspectingly made some great ROI on his family’s cow).

Seemingly small and even undervalued at first, but ends up becoming massive in a short amount of time, presumably with the venture capital fuel. This plot twist is already part-and-parcel of the venture-backed tech unicorn narrative, where you have a scrappy underdog company disrupting a massive industry.

While this narrative has unveiled its weaknesses as these underdog stop being underdogs (WeWork’s IPO, Luckin’s scandal, Uber’s woes in Asia), instead of dying out, we expect this narrative to mature as more tech unicorns figure out how to be sustainable (take Airbnb’s story for example from the anti-Craigslist couchsurfing platform to a wildly successful IPO on the heels of a massive COVID-induced pivot).

When your angel investor wakes up to 100x growth

The region’s current generation of unicorns are almost entirely mutations, solving local problems by tweaking the successful approaches of more mature counterparts in China, the US, and India. We will continue to see this trend, but at the same time also encounter “new species” of companies that have never been seen before on the world stage, built specifically to solve for local problems that need a unique approach. This will be the case especially for highly niche sectors like logistics, healthcare, and education.

Just as the beanstalk grows up and up instead of covering a wide area, so will the trajectory of Southeast Asia’s next generation of unicorns. This is concept we’ve written quite often about since 2019, when we noted the emergence of tech companies in Southeast Asia primarily focused on capturing entire customer life cycles instead of going for market share and a large user base right away. Of course building on the latter is inevitable but the going for the former as a priority gives more leverage to eventually acquire more users in the long run. This emergence of hypervertical companies is largely driven by internet platforms entering more and more specialized spending in our daily lives, for example, property, cars, healthcare, insurance, and even education.

Because beanstalk unicorns invest heavily in vertical growth, it must have strong roots to withstand the pressure of gravity, competition, or even a giant climbing down it. When it comes to Southeast Asia’s unicorns, a key hallmark of growth will be securing licenses and key incumbent partnerships to establish themselves in a market or industry. This localization will be an important moat in the long run especially with greater competition coming from outside of the region and more well-resourced companies.

(5) Bridge between markets and industries

The beanstalk served as a bridge from Jack’s farm to the giant’s castle, and we see beanstalk unicorns doing the same in Southeast Asia on three levels:

Beanstalks as bridges between markets and industries

As we have seen the growth trajectory of the 2010s Southeast Asia unicorns unfold post-“unicorn-hood”, from the succession of billion dollar rounds raised from 2017 to 2019 to now the pressure from growth stage investors to go for IPO, we also begin to realize just how becoming a unicorn is only the beginning of a more challenging journey for the venture-backed tech startup. And the endings aren’t always pretty.

Towards the end of the tale, the beanstalk eventually falls as Jack literally cuts his losses with the giant hot on his heels — by then Jack had already more than made up for losing his cow for beans. As we see beanstalk unicorns emerge in Southeast Asia, there’s always the danger of getting chopped down by peers or existing giants building into the same vertical or industry. We are seeing this in action with the likes of Sea building and buying into financial services, threatening the positions of Grab, Gojek, and even Tokopedia in the space.

Given the vertical nature of beanstalk unicorns in a digital economy that is becoming more and more populated not just by local players but by foreign companies and investors as well, it is not far-fetched for similar scenarios to evolve where larger players attempt to either take over the beanstalk as the giant did or investors to cut their losses as Jack did.

Unfortunately, the story of Jack and the Beanstalk doesn’t give any answers to avoid this fate. That said, it will be important to continue evolving the company’s moat as the business grows. For a beanstalk unicorn that has invested heavily in vertical growth and localization, embracing breadth then becomes important, and that often means consolidation.

The Banding of The Beanstalks

Bringing beanstalks together to create a forest of them would be quite the feat and another fairy tale adaptation to Jack’s story. And for Southeast Asia, the creation of large, super-app companies would seed a new generation of companies that could grow massively on top of these super apps (think Pinduoduo on WeChat). This opens up opportunities for new species of business models and products.

These superapp companies would also bring greater buying power into Southeast Asia’s local players vis-a-vis foreign strategic investors and open up more M&A exit opportunities for local founders. It might even be the case that founders will build products or companies precisely to get bought by the superapp later on.

Then there’s the opportunity for these unicorns to gain more leverage against better-funded rivals and expand horizontally or across markets without having to continually depend on private funding and cash-burning competition, which is also coming to a head for unicorns in similar verticals.

Horizontal consolidation would also be advantageous from a product/user perspective, where more cross-pollination and stickiness could be generated for the combined entity. There’s also the classic VC Power Law principle at work here, where investors are leveraging ownership to consolidate their bets, especially if they have made substantial investments in more than one of the unicorns.

Given the many benefits of horizontal, super-app consolidation to different stakeholders, it is definitely an attractive approach to avoid getting chopped down as a beanstalk unicorn. We’re potentially seeing the results of this strategy this year with the Gojek-Tokopedia merger underway as both companies try to bulk up against the long-standing threat of Grab and the bold moves of Sea Group into ecommerce and financial services. 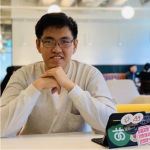 7 Steps to Make Your Next Pivot Worth It