Insurtechs have the potential to push the insurance industry out of its inertia, but finding distribution fit is a key challenge. Samir surveys various insurtech models and identifies the approach best positioned to disrupt the traditional offline distribution.

The Laws of Insurance Motion in Practice

Insurtechs have the potential to push the insurance industry out of its inertia, but finding distribution fit is a key challenge. Samir surveys various insurtech models and identifies the approach best positioned to disrupt the traditional offline distribution.

When looking at it as a financial need, insurance products are not the immediate concerns for the average emerging markets middle-class consumers with minimal savings to spare.

Insurance products suffer from an education issue (i.e. why I am paying for this) and an affordability issue (i.e. this covers much more than what my real need is) linked to the fact that consumers are not good at pricing their own risks and valuing coverage.

In Newtonian fashion, when consumers are being pushed to buy insurance, consumers would then generally push back on complex insurance products and would sign up at minima for government-mandated coverage. This generally covers automotive insurance and in certain countries home renters’ health insurance as well.

This has resulted in inertia where carriers, for the longest time, have been stuck with bloated distribution networks.  And those networks composed of distributed agencies maintain a firm grip on customer relationships and get paid profusely for that. Distribution and marketing costs have risen over the past decade to close to 25% of net premiums for the top 30 global carriers amidst consolidation in the brokerage industry. This is shifting the balance of power in favor of brokers, a key point which I will come back to!

Just as bodies in space require an outside force to break out of inertia, several insurtech models were born to deal with this distribution conundrum.

The attack of the ZhongAn clones: the online-only approach

We have witnessed a string of insurers going online-first and selling micro-insurance products in recent years in Southeast Asia including Grab, in partnership with Chubb, Gigacover, PasarPolis, Qoala, or Igloo. All have to a measurable extent adopted the ZhongAn way, an online-only distribution model, a first in an industry where you historically had to shove products down clients’ throats.

Bypassing agents and leaning on strong online distribution partners with a massive user base as a way to push up tailored products catering to immediate needs is revolutionary in nature. In the case of ZhongAn, it tapped into the millions of users of its main shareholders, AntFinancial, Tencent, and PingAn to distribute billions of policies.

Insurance products are bundled up into the customer journey and sold at checkout, linking the value proposition directly with the initial act of purchase. More importantly, the micro-nature of the premiums paid renders them much more accessible and solves for the affordability criteria as well. (Insure your US$2,000 shiny phone you just bought for US$30 anyone?)

By the time of its IPO in 2017, ZhongAn became an absolute insurance behemoth with 7.2B insurance policies sold and 492M customers served since inception, and close to $500M in gross written premium in its 2016 fiscal year only.

An amazing story? Hold on!

At the time of writing, we are now exactly 3 years to the date since ZhongAn went public on the HKSE and the stock price is 31% below its IPO level. While a confluence of factors may explain this, I would specifically try to make sense of the initial premise on which ZhongAn was built again: online-first/only distribution is an inherently cheaper/better distribution model.

(Cheaper) scaled-up online distribution was the starting alternative to a costly and disaggregated offline model but replacing powerful offline distributors with powerful online ones didn’t turn out to be the right move.

In fact, ZhongAn’s expense ratio, defined as the percentage of premium used to pay all the costs of acquiring, writing, and servicing insurance is close to 47% according to ZhongAn’s latest results presentation for H1 2020. Specifically, ZhongAn pays up to 77% of its net premium in travel in channel fees to its online distribution partners. As a benchmark, a McKinsey study pegs expense ratios at 32.8% for multichannel carriers and 19.3% for the best online-only insurers in Europe.

ZhongAn has of course diversified its channel over time to move away from its initial distribution partners. It has gone into more “traditional” insurance lines and opened new “ecosystems” around consumer finance, which initially fared well before the implosion of the P2P lending industry in China, and health, which is growing rapidly (more on that in a future essay).

A similar move is likely to happen for Southeast Asian players replicating this model. Over time, they would likely move towards a broader set of insurance lines to break away from their initial concentration risk in distribution.

So even if the online-first approach has the potential to accelerate distribution in the short term, it presents a similar set of challenges than offline distribution, i.e. (i) high distribution costs and (ii) power in the hands of distributors instead of the platform. The weights of these costs will slow down the insurtech in the long run unless it diversifies.

From left to right, the growth of the ZhongAn model as it tries to disrupt the traditional, offline distribution models

Power to the platform: the emergence of agent-augmented platforms

As tackling the offline distribution conundrum head-on proves to be costly, insurtechs have also tried to innovate with different approaches,  either “augmenting” the existing offline channels or pioneering an online to offline sales funnel.

In the augmenting camp lie platforms like CoverFox and TurtleMint in India, Fuse in Indonesia or Fairdee in Thailand. These platforms enable external licensed agents to process leads they generate themselves in a more efficient way. The tech stack of these platforms functions as a CRM, policy issuance, and policy management toolkit for offline agents which helps facilitate their sales.

But leaving the lead generation to the agents comes at an economic cost as the majority of the brokerage fees stay with the agents. At scale, these platforms may have the ability to also empower agents with new leads and with the tech-enabled journey offered through their app to re-adjust the balance of powers in their favor. Yet, the generation of online leads would come at a heavy cost per click without a strong content platform.

In the end, it is like the motion of the ZhongAn model in reverse: heavy lead generation costs accrued at the beginning will slow down growth and enough acceleration will only come with scale.

From left to right, the growth of the Augmented model as it tries to disrupt the traditional, offline distribution models

Another approach is the online to offline model. The gold standard for that approach would be PolicyBazaar in India. PolicyBazaar leverages a content-first approach — addressing the key education issue I mentioned earlier —  generating massive online traffic with 5.5M monthly visitors in recent months, and thousands of in-house telesales agents in charge of converting online-generated leads into paying customers. That combination of online “air support” and offline “infantry troops” is the war playbook PolicyBazaar executed to become India’s largest online insurance platform.

Our portfolio company, Lifepal, is on its way to achieving a similar victory in Indonesia. Lifepal leverages its top-of-mind awareness among consumers in Indonesia, strong insurance-focused content, and excellence in telesales operations to deliver on the promise of a hybrid model.

Why does this solve the distribution problem? The agents hired by PolicyBazaar and Lifepal are the companies’ own. The platform owns the customer relationship end-to-end and hence benefits from the brokerage economics as a whole while being able to retain and upsell clients in the long-term at the time of policy renewal.

From left to right, the online to offline, content-first model comes closest to disrupting the traditional, offline distribution models

The bottom line: is the force with your platform?

The first two models I discussed have their own advantages either in scaling and/or operations but are ultimately weighed down with economics not in favor of the platform. By taking control of the operations and economics of distribution, the online to offline approach comes closest to generating enough force to disrupt traditional offline distribution. But distribution remains a key challenge in insurance without a perfect solution yet devised.

Distribution channels need to take into account the ability of each platform to:

(i) gain meaningful brand awareness to reduce the cost of lead generation,

(ii) develop products with the right level of complexity and price them appropriately so that they can be sold in a low-touch or high-touch manner,

(iii) control the quality of the funnel from leads to paid users, and

(iv) improve long-term economics by controlling the relationships between the platform and the end-users.

I am always looking to speak to entrepreneurs that have an innovative take on the insurtech space. You can reach me at samir@insignia.vc and connect on Linkedin.

Going forward another key dimension that insurtech will focus on is the ability to move from distribution to manufacturing (i.e. becoming a carrier) and, particularly in the health space, providing an integrated experience that combines coverage and delivery of care but more on that in an upcoming article!

Check out our previous articles on insurtechs: portfolio company Symbo’s Laurens Koppelaar shares why distribution insurtechs are leading the way for the industry, and Joolin Chuah talks about how insurtechs are redefining insurance in Southeast Asia 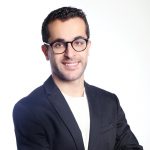 Samir Chaibi is a seasoned investment professional whose experience ranges from investment banking to venture capital. He has served as board director on numerous startups across the globe and has also been a founder himself. He now focuses on finding the next big thing in fintech and SaaS in Southeast Asia.

Hit him up for a chat at samir@insignia.vc if you are a founder building a fintech, proptech, or SaaS startup in Southeast Asia!

Principal
Samir Chaibi is a seasoned investment professional whose experience ranges from investment banking to venture capital. He has served as board director on numerous startups across the globe and has also been a founder himself. He now focuses on finding the next big thing in fintech and SaaS in Southeast Asia. Hit him up for a chat at samir@insignia.vc if you are a founder building a fintech, proptech, or SaaS startup in Southeast Asia!

Where are Southeast Asia’s marketplaces headed?